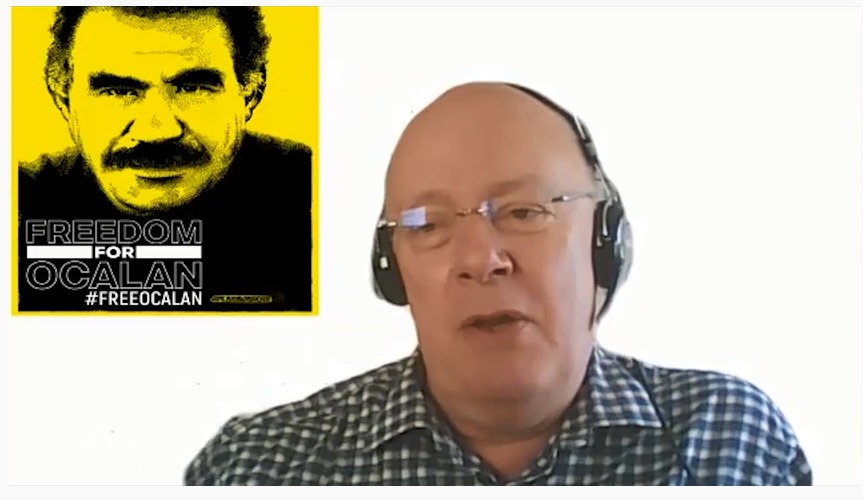 International Workers’ Memorial Day is marked every year on April 28th as a day of remembrance and action for workers killed, disabled, injured, or made unwell by their work. This is an important date for the trade union movement across the globe as we continue to fight for improved working conditions and workers’ wellbeing.

The Social Workers Union (SWU) is a proud member of the General Federation of Trade Unions (GFTU), which has always specialised in health and safety. This year the GFTU General Secretary Doug Nicholls shared his thoughts with SWU on International Workers’ Memorial Day:

Doug says in the video above, “From my own personal background in youth and community work – which has some similar dynamics to social work – the dreaded stress at work has been a very dangerous health and safety problem which, like the Social Workers Union, [the GFTU] had to do a lot on. And of course stress at work – for so many professional and other groups – has just accelerated over the past few years. Cuts at work and increased expectations to deliver have caused almost impossible working environments which have led to stress.

“The stress is not, in my view, from having lots to do; it’s about not being properly supported in doing what you do, having unrealistic expectations of the work, and the emotional drain of living with so many human tragedies that have now developed.” He also remarked that “the Social Workers Union has done a great job” with its research highlighting the impact of stress on social worker wellbeing and working conditions.

This research began in 2017/2018 when SWU, the British Association of Social Workers (BASW), and Bath Spa University undertook research into social worker wellbeing across the UK. Since then it has become the largest investigation of social worker working conditions and wellbeing ever conducted and has produced the Social Worker Wellbeing and Working Conditions: Good Practice Toolkit. Over 5,000 social workers have contributed with details of their work circumstances and views about their jobs and the research is still ongoing with the updated 2022 ‘Working Conditions and Wellbeing in Social Work’ survey.

Remember the dead, fight for the living

Social workers provide a key service to society but have long been struggling with a range of issues including lack of resources, heavy caseloads, and encountering aggression and even violence in their roles. The COVID-19 pandemic shone a spotlight on these existing conditions and created more health and safety issues for social workers which have negatively impacted their physical and mental health over the past two and a half years. The most recent Office for National Statistics (ONS) data highlights how much risk social workers have faced during the pandemic.

In response to conditions created by the pandemic, SWU published its Social Work’s Six-Point Urgent Action Plan that laid out the immediate short-term steps for the government and social work employers to take to safeguard social workers and support the profession.

SWU, alongside BASW, also petitioned the government to amend the Assaults on Emergency Workers (Offences) Act 2018 to add social workers to the group of professions in England and Wales that it is an additional offence to assault while they are on duty. The petition reached almost 14,000 signatures and helped to raise both public and government awareness about the risks many social workers face when doing their jobs.

Earlier this year SWU and LBC Radio conducted a survey of the SWU membership to highlight the pressures faced by staff in social work. Nearly 1000 of our members responded and the results starkly reflect the pressures they are under:

SWU General Secretary John McGowan said, “Social work is a key service provided to society and we can’t dismiss that. An investment in social work is past due in order to meet the ongoing challenges caused and exacerbated by both the pandemic and over a decade of austerity. Social workers deserve a safe and healthy workplace and SWU will continue to campaign for this on behalf of our members, and to fight for better resources for people who use social services.”

SWU Chair Carys Phillips highlighted, “The Social Workers Union understands that following COVID-19 Social Workers are increasingly isolated, marginalised and at risk of being castigated for ‘doing their jobs’. Research on how Regulators respond to practice issues indicates it is the experienced Social Workers ending up in ‘fitness to practice’ hearings for daring to alert the conditions of the profession, and the majority will be women. SWU is here to highlight the impact of moral distress, promote better leadership and enable social workers to stay safely in their chosen profession. This day is vital in harnessing the renewal of workplace justice for the profession that is wholly committed to social justice.”