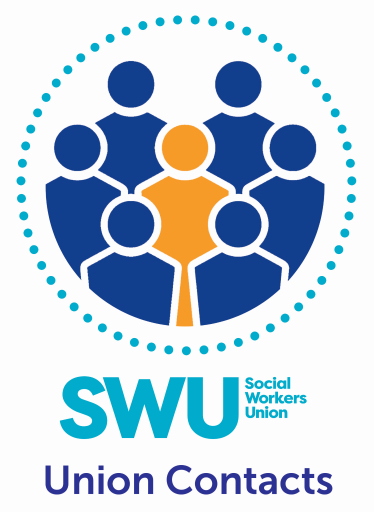 The Social Workers Union (SWU) is pleased to be in collaboration with the Scottish Association of Social Workers (SASW) to make further links with SWU Union Contacts in Scotland and to strengthen the relationship between SASW and SWU. We are excited to be working together to share details about events, campaigns, training, and other information that will be of interest to our Union Contacts, and that Union Contacts can share with colleagues and social work students.

SWU National Organiser Carol Reid said, “This collaboration will provide opportunities for SWU Union Contacts in Scotland to become further involved in SASW too if they wish.”

For example, members who are interested in playing a more active role in the association could become a SASW committee member, influence consultations on policies, or attend Cross Party Groups and Special Interest Groups on SASW’s behalf. Current SASW activists will also have an opportunity to become SWU Union Contacts and reinforce the link between both organisations.

SWU and SASW will be hosting a Teams meeting on Tuesday 10th August 2021 (6.30-7.30pm) exclusively for our valued SWU Union Contacts and potential Union Contacts in Scotland, as well as SASW members interested in getting further information about SWU.

SWU will be joined by SASW’s Professional Officer, Karin Heber, who will be able to answer questions relating to all things SASW, and SWU will provide details and answer questions about the SWU Union Contact role and Induction Training.